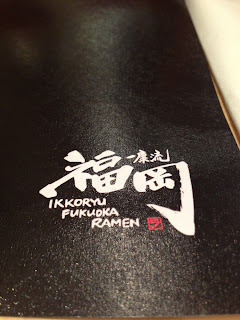 I didn't realize that Shangri-La Mall has a new wing.  Has it been that long since I last went there?  Well, yeah!  Hahaha... I'm a Trinoma/Landmark addict - since they're nearby.

When my Panget tells me that we were going to Shangri-La, I was a bit disappointed.  You see, there are only a few dining options and most of which, I did not like.  So when we were parking, I was delighted ti know that there was a new wing!  Yey!

The new wing, looked - new.  But its still quite empty.  Only a handful of stores and restaurants were open.  The choices were - Filipino food or Japanese.  And while looking at the menu, we decided to try Ikkoryu Rukuoka Ramen.

Apparently, this joint was a franchise from, where else - Fukuoka, Japan!  And when you enter, you'd see that the cooks were - Japanese (or at least they looked Japanese!  Hahaha.. Just kidding)  The staff was nice enough to introduce the restaurant and its history and most importantly, the staff knew the menu inside out.  She then gave us recommendations and I have to say, I'm impressed - she did very very well!

Here are the ramen that we ordered: 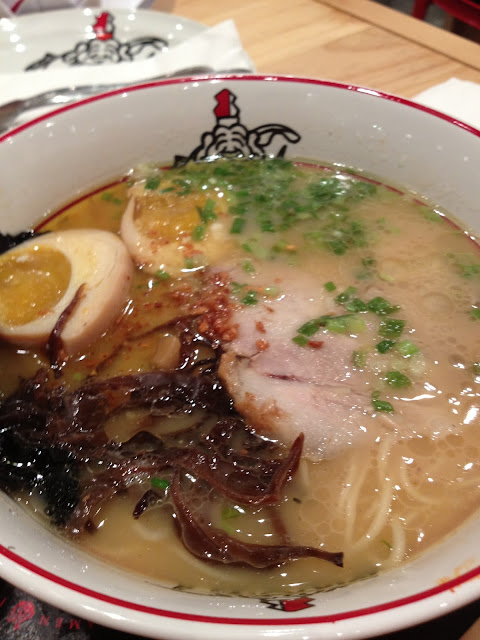 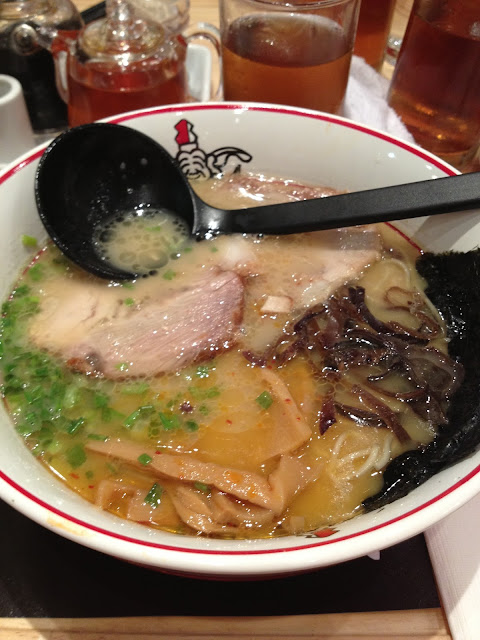 I wasn't able to take a picture of the Karaage dish since Kailee had to eat it immediately (she was hungry at that time)  I have this habit of asking Yaya if the dishes I get for her are good - so when I asked her I was surprised to see in her eyes that the food was really good!  She gave me a piece to try and true enough - it was good! :)  My Panget was also curious, so he tried (yes, I'm sure you are thinking - kawawa naman si Yaya, nakikishare pa sila sa food niya!  Hahaha!) and he too agreed that it was good!

The verdict is:  Very Good!

For a Ramen virgin like me (I say this because I HAVE NOT tried Ukokkei YET) I find this joint good.  The broth was good and really hot (I like my soups boiling hot), the chasiu was flavorful and has this sort of melt-in-your-mouth and is not malansa.  The noodles were perfectly chewy, its exactly how I wanted it.

So there, I liked it and my family liked it. So, yes - we will definitely come back! :) 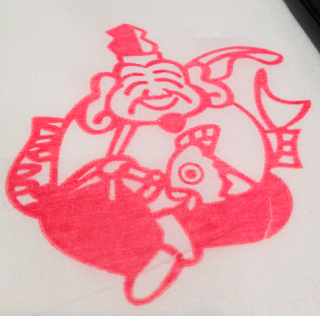